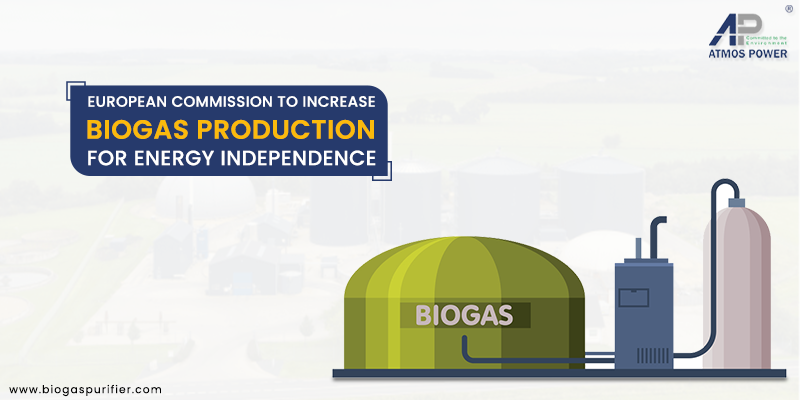 The European Union is looking to decrease its energy dependence on Russian gas. The EU Commission has proposed to increase the bio-methane production from 3 billion cubic meters in 2020 to 35 billion cubic meters by 2030. It is an irony that the gas package for legislation presented by the European Commission in December 2021 might not have been a priority for the French EU Council Presidency, like it has become in the wake of the Russia Ukraine war. At least, Phuc-Vinh Nguyen, one of the researchers at the Jacques Delors Institute Energy Centre believes that.

This move by the legislative package is being viewed as a way to promote the seamless adoption of renewable natural gas. Companies offering compressed biogas plants also appreciate the move and believe that the wholesale market will have better access to renewable natural gas with this move. It is also worth mentioning that the legislative package looks to establish a certification system for low carbon gas.

The biogas industry has come a long way in terms of methodology and technological advancements; however, there is yet a lot to be desired for. The industry still feels that the lack of clarity in defining and differentiating various green & low carbon gases makes the development of this industry a complex exercise.

In the current scenario, any type of gas produced using renewable energy sources is considered renewable and this is inclusive of biogas, which is produced as a result of anaerobic fermentation of organic substances. On the other hand, there is hydrogen which happens to be a low-carbon gas that is produced using various production methods. And hence from the environmental viewpoint, it is of utmost importance to have well laid out legal definitions.

IEA’s (International Energy Agency) statistics suggest that the European Union imports 90 percent of its natural gas and half of it is imported from Russia. The European Commission realizes the immense potential of renewable natural gas and its advantages and given that it can be produced within Europe, they are more likely to have more ambitious targets. No wonder, the EU Commission has made renewable gas a priority in the REPowerEU plan as well. REPowerEU plan is aimed at reducing the reliance on Russian gas before the end of this decade.

From accelerating the deployment of renewable gases, to diversifying gas supplies and replacing gas in heating & power generation, the focus points are pretty clear to the EU Commission.

Biomethane and green hydrogen are also on top of Brussels’ priority list and with these new targets, approximately 10 percent of the bloc’s energy needs must be fulfilled by 2030. Keeping the current developments and the EU Commission’s targets, about 30 to 40 percent of the EU’s gas demand must be covered by the year 2050, says European Biogas Association (EBA).

Hope you found the post useful. For more info related to biogas storage or biogas purifier, feel free to connect with us.