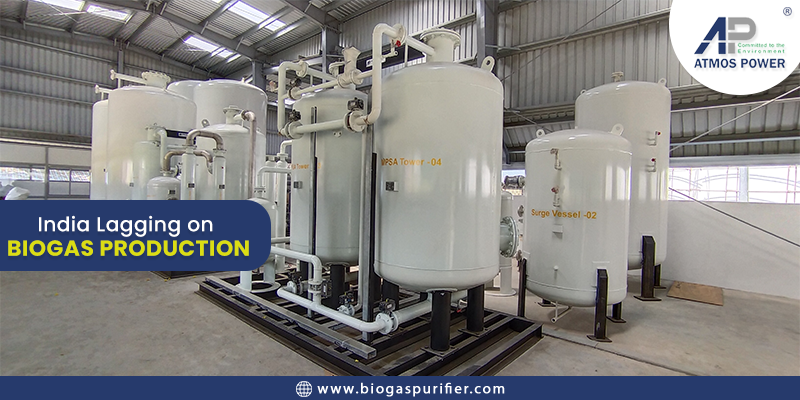 India launched SATAT (Sustainable Alternative towards Affordable Transportation) scheme in October 2018 with an aim to achieve 15 million metric tonnes of biogas production by setting up 5000 compressed biogas plants by 2023-24. We are still far behind the target with just 2 operational biogas plants in India in about two and a half years.

Five other compressed biogas plants are on the cards with their foundation laid in Gujarat, U.P and Punjab. This delay caused by a number of reasons certainly puts India’s energy security at peril. It will also result in India’s increased dependence on imported crude.

As of now, two compressed biogas plants are operational- one in Hyderabad and another in Punjab; however, India is still way behind in setting up the remaining 4998 plants which seems a far cry at the moment. It is no secret that the COVID- 19 outbreak crippled the entire Indian economy and impeded India’s economic activity. The second COVID wave led to record casualties and the economy also saw a downfall by 7.3 pc in fiscal year 2020-21. The only consolation was the growth of just a little 9 pc envisaged in this fiscal year. Moody’s has revised their forecasts with another downturn from 13.7 pc though.

Indian Oil Minister Dharmendra Pradhan believes that India’s SATAT initiative has gained significant momentum; however, the growth needs to be exponential and not incremental. Pradhan was speaking at an event while launching the CBG plants and he claimed that India can harness usable hydrogen from the compressed biogas plant. The Indian government has also approved of shipping compressed biogas via natural gas pipelines to industrial consumers. This fuel will also work as a great substitute to natural gas (CNG) and automotive LPG.

India’s gross biogas production reached 2.65 billion metric tonnes in April 2021 which is steady since March 2020; however, it is about 2.16 billion metric tonnes more than it was a year earlier. According to the statistics released by the Oil Ministry of India, ethanol blending with gasoline was registered at 8.2 pc in April with about 247 million liters and 7.4 pc during the period of December 2020- April 2021 at 1.3 billion liters. During the period of December 2019-November 2020 ethanol supply year, ethanol blending with gasoline was at 5 pc/ 1.73 billion liters.

Hope you found the post useful. For more information related to biogas upgradation or new biogas plant in India, feel free to get in touch with us.